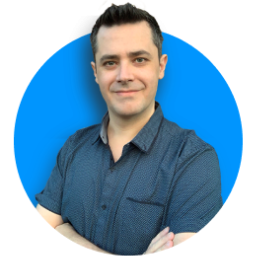 This week Ring raised its subscription price by around 40%. At a time when many people are already getting hit by increased living costs, it is an unwelcome price increase.

Some people have even vowed to cancel their subscription:

Just had the email from @ring telling of a 40% price increase for a pointless additional service that residential doorbell owners just don’t need. Will also be cancelling asap. Well played! 🙄

But What Happens To Your Ring Device When You Cancel the Subscription?

While the Ring subscription is not mandatory, you lose some of its most helpful functionality. Without a subscription, you lose:

A Person Alert is when the Ring device detects a person and alerts you to it, rather than just any motion. Rich Notifications is the snapshot that appears with the alert notification. You can get a rough idea of what triggered the alert without opening the notification and reviewing the footage.

The Snapshot feature automatically takes snapshots at a timed interval throughout the day. It becomes a timelapse of what happened when there weren’t any alerts.

While the Rich Notifications and Snapshot Capture are “nice to have’s”, being able to Record events and play them back later is an essential feature. Without it, Ring devices are just Live-viewing cameras.

How Much Does Ring Really Cost?

Here in Australia, you can buy a Ring Doorbell 4 for $329 AUD, cheaper than a “Eufy Video Doorbell 2K with Homebase” that sells for $40 more.

The Eufy Video Doorbell maintains its full functionality without a subscription. While it has a subscription option that allows you to backup your video to the cloud, it is not required, and you can still review your videos at any time.

With the Ring Doorbell, you need to pay for the initial hardware for $329, as well as $4 a month or $40 a year per device to make it useful with video recordings.

Alternatively, if you have more than one Ring device, you can go on the higher-level plan, covering all your Ring devices for $15 per month or $150 per year.

You would hope to get around five years out of the device before upgrading, so you are looking at an additional $200 if you take the $40 yearly option. This is on top of the initial hardware outlay of $329, making the five-year ownership cost $529.

If you have multiple ring devices and take the $150 a year option, you would have paid $750 in subscription costs.

Do you Really Own Hardware with a Subscription?

Ring users have learned that the terms of their previous purchase can change at any time. They can either agree to the new terms, have their hardware hobbled, or abandon their hardware entirely, which is particularly bitter if they have a few devices in the Ring ecosystem.

Back in 2020, another smart device manufacturer “Arlo” made some changes to its terms. Owners of devices that previously did NOT need a subscription at all were now disabled with a message “This device is inactive. A paid Arlo subscription is required to activate the device.”.
Many of their customers may have bought that device because it didn’t require a subscription, but the terms changed. Ring users are not immune from the same thing.

When you buy devices that require a subscription, do you really own them?

I am not against subscriptions entirely, as these companies need to spend real money to cover cloud hosting costs to host your videos. What I am against is crippling the device if people choose to not pay for the subscription.

I generally recommend Eufy in the wireless-battery category of doorbells and cameras. It costs a little more initially (in the case of the doorbells, only $40), but you are not at the mercy of paying a subscription to maintain its functionality.

This article was published on July, 2nd

Dahua vs Swann – Which One is Better? 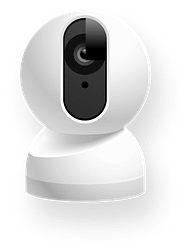